In a question posed in the Greek Parliament last week, Golden Dawn lawmaker Ioannis Lagos asked the Education and Interior ministers why state institutions and schools where commemorating Jan. 27th.

“We have received complaints that on this day, in Greek schools, texts are read which praise the Jews and at the same time portray them as heroes,” Lagos said.

“Given that at the same time Greek children are completely ignorant of important moments in Greek history and of the real holocausts and heroes of the Greeks, we find it unacceptable that they are taught about the Jewish Holocaust in detail,” he said.

In a separate statement on the party website posted over the weekend, Golden Dawn praised the 2013 winner of the World Press Photo Award – which showed the funeral procession of two children killed Israel’s recent Pillar of Defense operation in Gaza.

The statement said the photo was another reminder of “the Judaic barbarity.”

It accused the Greek government, which it called “the pawn of International Zionism,” of colluding with Israel and American Jewish groups to combat Golden Dawn.

The statement also said the Greek government had abandoned Syria’s “legitimate leader (Bashar) Assad” and publically supported “the murderers of the Syrian opposition” at the behest of “American-Zionist warhawks.”

Golden Dawn swept into the Greek parliament with 19 lawmakers in last year’s elections, campaigning on an anti-austerity, anti-immigrant platform that preyed on the fears of Greeks who have seen the country flooded with immigrants amid a terrible recession. Greek and international Jewish groups repeatedly have condemned Golden Dawn as racist and anti-Semitic.

Its leader, Nikolaos Michaloliakos, uses the Heil Hitler salute and has denied the existence of gas chambers at Nazi death camps during World War II. Another party lawmaker read a passage from the anti-Semitic forgery “The Protocols of the Elders of Zion” during a parliament session. 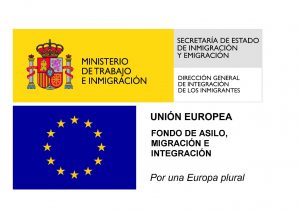